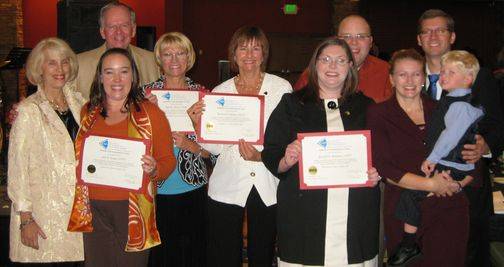 Dr. Roger Dowis began providing vision therapy services to the Boulder community in 1976 when he started the Boulder Vision Center. In 2001, he sold the main office location to his associate, Dr. Kristin Gurholt, to enter into specialty practice. Dr. Dowis opened the first vision therapy referral center in the state of Colorado, “Dowis Vision Therapy Center,” later in 2001. Dr. Jen Simonson became the director of clinical services in 2008, enabling Dr. Dowis to enter into semi-retirement. Dr. Dowis officially retired in 2013, although he still is an active member of our team.

Dr. Jen Simonson began training in vision therapy in 2000, working as a vision therapist in Westerville, Ohio at Professional Vision Care. She continued working as a vision therapist once accepted into optometry school. Dr. Simonson also worked in the Ohio State University College of Optometry Binocular Vision and Pediatrics Clinic in 2001 and became a Research Assistant in the department in 2002. Dr. Simonson completed externship training at the Vision Development Center in La Jolla, CA and at Family Vision Care in San Diego, CA in 2003. She is a 2003 graduate of the Ohio State University College of Optometry. Dr. Jen Simonson practiced for five years in Centennial, Colorado at Highline Vision Center. She completed her post-doctoral Fellowship in the College of Optometrists in Vision Development (FCOVD) in 2006.

Dr. Simonson become the owner of Boulder Valley Vision Therapy in 2008. In 2013, Dr. Simonson launched the Opto App and designed the Stereoscope for iPad with Gerull Labs, Inc. In 2016, Dr. Simonson published her first children’s book “My Perfect Vision” in June. In December 2016, her second book “My Double Vision” was published. July 2017 saw the publishing of Dr. Simonson’s third book, “My Jumbled Vision.” Over 1000 copies of these books have been sold. Translation into Spanish and French is planned in 2018.