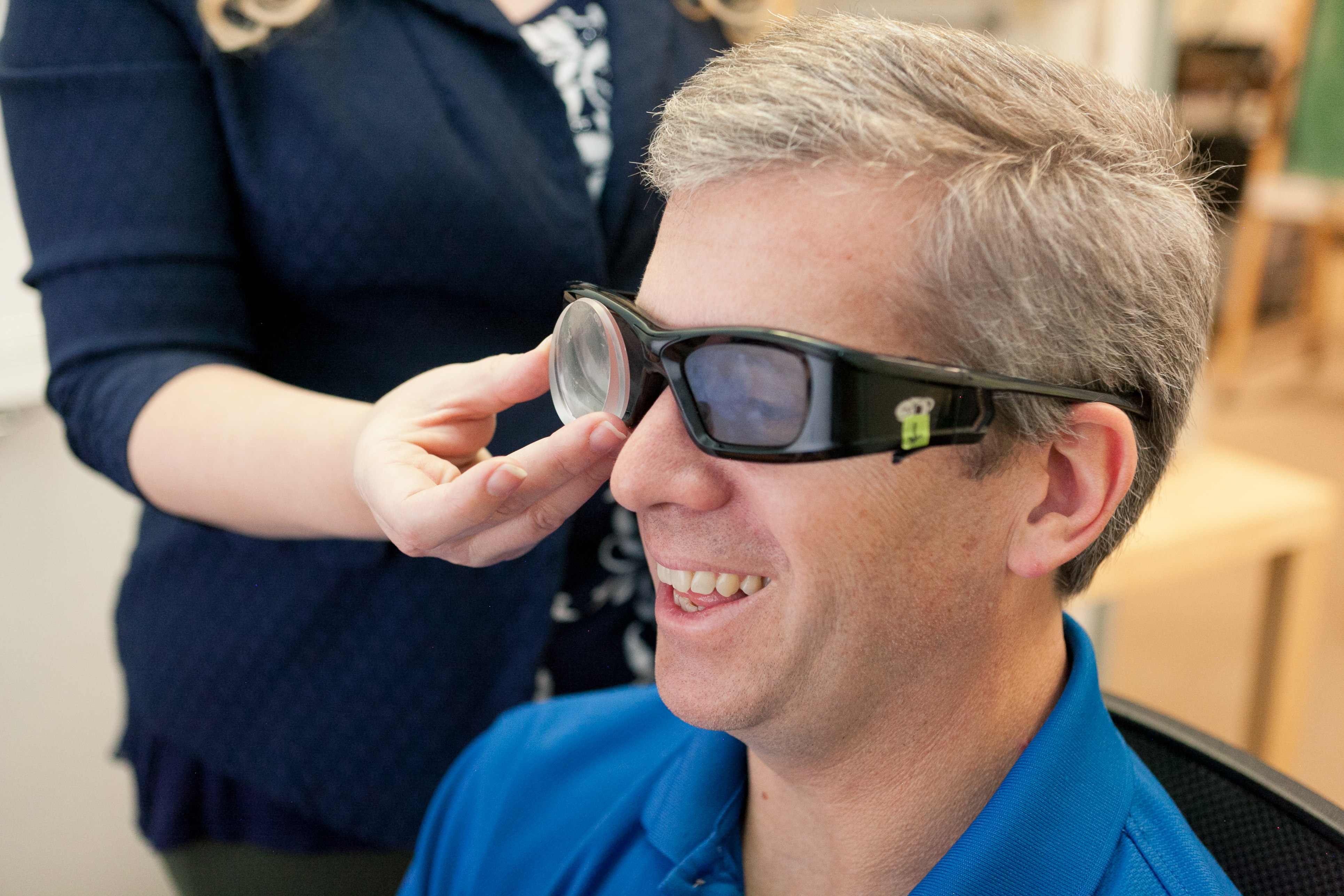 Brain injury can affect a person in many ways, extending from physical limitations to changes in perception and cognition. In the United States, an estimated 1.7 million people sustain a TBI each year1, with about 75 percent of them a result of concussions or other forms of mild traumatic brain injury2. “Studies show that at least 50 percent of TBI patients suffer from visual dysfunctions, with one such study3 finding a 90 percent incidence of post-trauma visual complications, such as blurred vision, sensitivity to light, reading difficulty, headaches with visual tasks, and difficulties with eye movements,” says NORA president Susan Daniel, O.D. “About two-thirds of stroke survivors have visual impairment that typically relates to diminished central or peripheral vision, eye movement abnormalities, or visual perceptual defects4,” she adds.

“Clinicians regularly assess a concussion or other acquired brain injury to the symptoms that an individual manifests at the time of injury but, unfortunately, vision-related problems are often overlooked during initial evaluation,” says COVD President, Dr. Christine Allison. “Some symptoms, like visual discomfort and vision-mediated functional difficulties such as slowed reading and compromised attention, may not be present until days, weeks, or even longer following the incident. The consequences of these occurrences may also include cognitive problems such as headache, difficulty thinking, memory problems, attention deficits, mood swings and frustration, along with motor and sensory issues leading to impaired academic, work, and sport performance.”

Given the high rate of visual symptoms and known impact, both COVD and NORA urge healthcare professionals to consider the possibility that a patient’s ocular or visual signs or symptoms may have been a result of a brain injury and refer him/her to an optometrist who has special expertise in the assessment and treatment of visual disturbances associated with damage to the central nervous system. “Doctors of Optometry who have been educated and trained to diagnose and manage ocular dysfunctions and visual processing deficits related to brain injuries will examine not only the visual issues, but also other subtle factors involved in the complex visual process, such as posture, spatial awareness, visual memory, and motor output -- all areas that can have wide-ranging effects on daily activities and on quality of life,” explains Dr. Allison. “Left untreated, they can have serious consequences,” she warns.

Both COVD and NORA stress the importance of an interdisciplinary, integrated team approach in the diagnosis and rehabilitation of patients with concussions, stroke or other neurological deficits. “When a person has a brain injury, often a single-approach to rehabilitation is not enough to address all of his/her needs,” says Daniel. “An integrated team approach that incorporates the training and expertise of a variety of professionals can play a vital role in rehabilitation.” In addition to optometrists, rehabilitation team members may include such specialists as neurologists, physical medicine and rehab physicians, nurses, physical and occupational therapists, speech-language pathologists, chiropractors, neuropsychologists, audiologists, and ophthalmologists.

Both COVD and NORA offer resources to help patients and caregivers find the help they need following a concussion as well as tools and resources for optometrists and other healthcare professionals. Both associations also feature doctor locaters on their websites for access to providers who specialize in brain-injury related visual problems. For more information, visit them at www.covd.org and www.noravisionrehab.org.